Introducing: The Chase – Pure Britpop magic from the UK 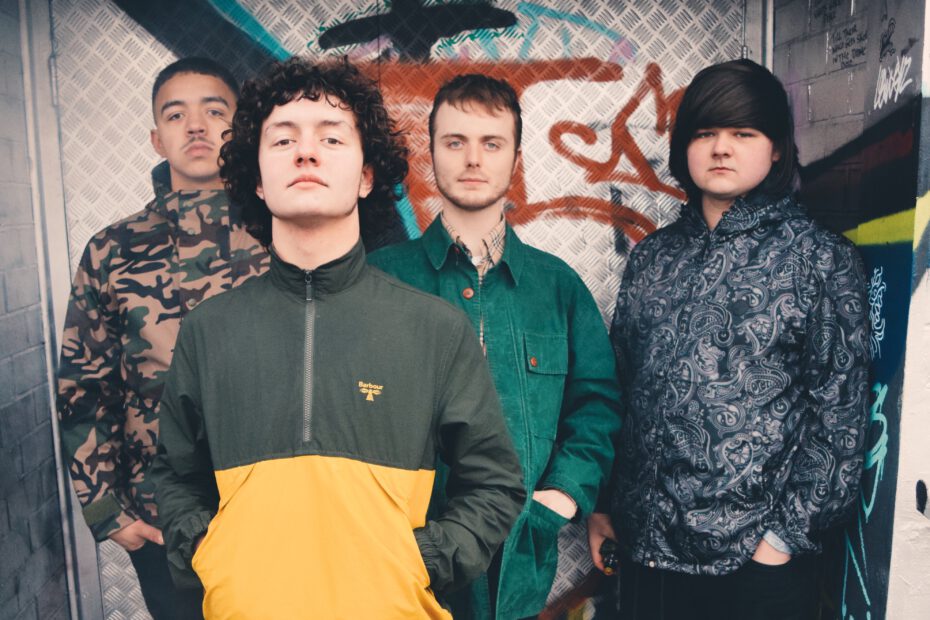 Deep in the heart of Britain’s heritage you will find the eruption of Britpop. The 90s gave us Oasis, Blur, Pulp and Suede, to name a few, and since then we have seen the genre continue to inspire batches of new bands. Arctic Monkeys, Kaiser Chiefs, Razorlight and now…The Chase.

Hi Lads! So, who are you? Where are you from? Give us the backstory.

“Hi MusicStep, we are The Chase from Saint Anne’s, Nottingham. We’re made up of brothers Tyler (vocals/Guitar) and Dion Heaney (drums) as well as cousin, Luke Childs (bass) and school mate James Cahill (keys).  We started playing music together as a three piece when we were 10, 12 and 14 and then later after recruited James who joined about 6 years later and we haven’t looked back since.”

Who are your influences? What’s brought you to this genre?

“Growing up in the 2000’s has been a bleak time for music as a whole and it’s not got any better; especially for the ‘rock’ genre. We always found it unfair that our parents grew up with bands like Oasis, The Stranglers and The Smiths in the charts and we’ve been stuck with Imagine Dragons and Ed Sheeran – it doesn’t sit well with us. 1960’s rock and roll, psychedelia and northern soul has played a huge role in shaping us as a band as well as 1990’s Brit-pop and 1980’s punk and post punk. Anything loud and with a good chorus we love.”

What’s your thing? Why should people listen?

“We’re the loudest band around at the moment and our live set is as diverse as it comes. We’ve got everything from rock n roll, funk, punk all the way to a ballad or two. We never want to do the same thing twice and keep evolving as we get older!“

Who would you LOVE to support?

“The Streets seem to be the real deal at the moment – Mike Skinner is smashing it and the live shows are always insane. The Stone Roses and Reverend and The Makers would also be unreal for us as we’ve all grown up listening to them and have all been to see them live together as a group. They’re all icons to us. We would say Morrissey, but he would have a problem with Luke’s unhealthy obsession with Pepperoni.“

A track everyone should have on their playlists?

“Pretty Vacant – The Sex Pistols. Nothing else needs to be said!“

“We would rather walk than eat that filth, even Dion wouldn’t eat that!“