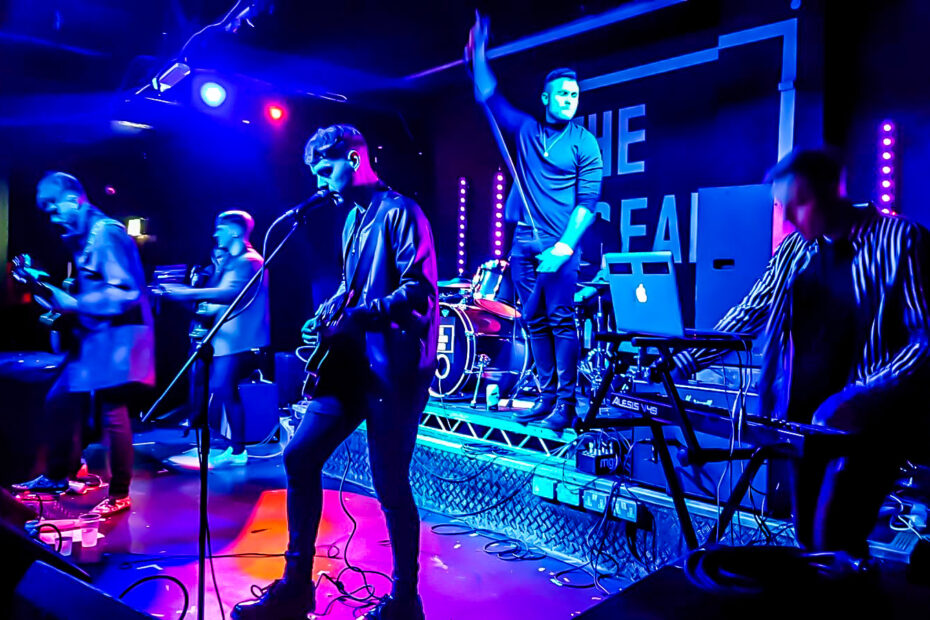 Hailing from the North West UK, Reclaim Vienna are the bringing the 80s nostalgia with their latest single Joker. We caught up with Danny from the band to talk all things gigs, Glastonbury and, uh, worms!

Hey Reclaim Vienna! First things first, who are we talking to?

…and what’s your role in the band?

“I’m the songwriter of the band and play four chords in a different order rhythmically.”

Your latest single, Joker, is really good. What’s it about?

“Thank you. A thought, feeling, opinion, person that gets under your skin and until you confront it head on it won’t shift.”

Do you have any shows lined up?

“We have a couple of gigs booked yes. Middlewich 16th July. Our biggest headline to date at the Deaf Institute on 7th August and a gig on 30th October with Kashmere at Gorilla in Manchester.”

The last 12 months have been pretty tough on the music industry, how have you guys kept your spirits up and kept going?

“Realising what is important and what is not. Its been hard to feel sorry for ourselves, we’ve been really lucky in the sense that we’ve all stayed healthy, our children and family have too. There’s not many things more important than music in my opinion but that’s one of them. We’ve worked with Ben Booker our producer to create singles as well. Infamous, Modern Times and Joker. The guy is our 7th member. Hero.”

“Great question, let’s say for now each act gets an hour.”

What’s a song everyone should have on their playlists?

“If it’s one of ours, Infamous. If it’s a song by anyone Return to Oz – ARTBAT Remix.”

Random Question: If you were a worm, how long would you be?

“Not very, no-one likes the big ones. A small one would do, just live undisturbed in a plant bed somewhere. Be sound that.”

To find out more about Reclaim Vienna check out the links below: