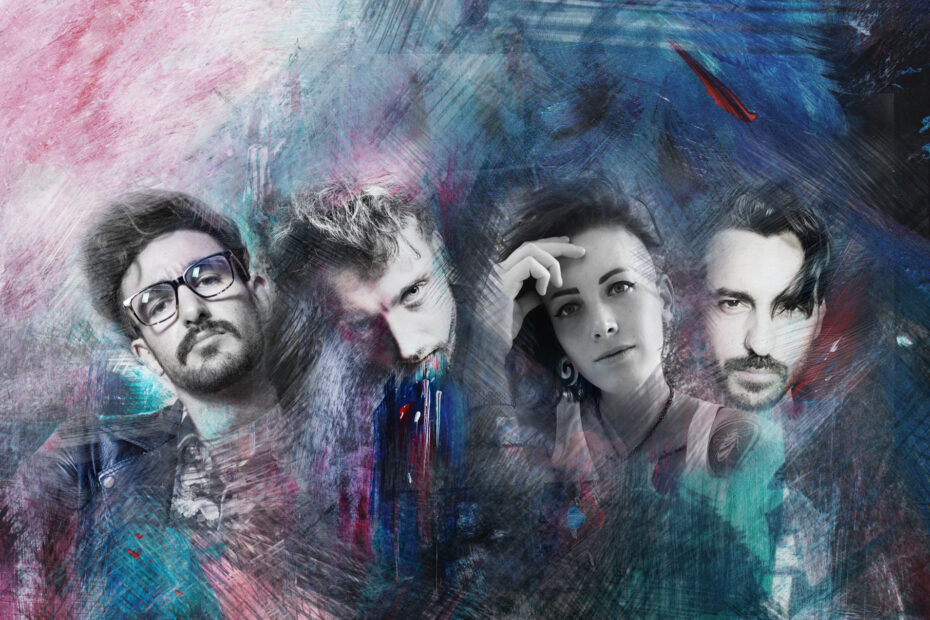 Electric Enemy, how are you doing? Who are we talking to? Tell us everything we need to know…

Awesome thanks! You’re talking to Jim, I’m the lead singer of Electric Enemy which consists of Orlando on lead guitar, Saz on bass and Tom on drums. What you need to know is that if you like rock music, you’ll like us.

Who are your influences? Where do you get your sound from?

We love all sorts of music from classical to hip hop- if it’s good we like it- but the bands we get compared to mostly are Queens Of The Stone Age, Muse, Rage Against The Machine and Royal Blood. We also enjoy Arctic Monkeys, System Of A Down, NIN, most things on Dirty Hit, and my personal biggest influence of all time are The Beatles.

What is your favourite song right now? What song should everyone have on their playlists?

That’s a tough one… if we’re talking rock, I have been rewatching the first performance of Song For The Dead by QOTSA at Glastonbury on youtube where Dave Grohl is on drums… that’s one hell of a performance. Otherwise, Deal Wiv It by Mura Masa and Slowthai is a fun one to get on a playlist… ask me again tomorrow!

How has the global pandemic affected you as a band? Has it changed any of your plans?

It has affected everyone I think. We had a tour in April planned which got postponed supporting Bang Bang Romeo, and a bunch of festivals of course. The main thing is that we had planned to release our debut album around this time, but usually you want to tour the album to get it out there, so that has also been postponed. However, we have enjoyed releasing some singles over lockdown (all on Spotify) and have been really pleased with the reception they have received from fans, playlisters and radio! Our final single of the year, Take Me Up, is out on 20th November.

What’s the long term goal? Where do you see yourselves in 5 years?

We like to aim high, so in 5 years time, stadium headline tours and platinum albums please. 🙂

I’ll try to keep it to active bands, otherwise the 60s and 70s would be in full swing!Let’s have (opening to headline) Lizzo, Hall and Oates, Bring Me The Horizon, The 1975, Royal Blood, System Of A Down, Arctic Monkeys, A Muse/QOTSA/ RATM super set, an Oasis reunion, followed by a Basement Jaxx DJ set… no one would be permitted to leave the field at any time.

What piece of advice would you give your younger self about the music industry?

Be patient, be active, look up and enjoy the moments. It may be delayed but it’s not denied.

Random question: What is the strangest thing you’ve ever eaten?

It’s a long list involving chicken feet, tomato ice cream, and testicles. I only eat plants now… the events may not be totally unrelated.

To find out more about Electric Enemy check out the links below:

Check out the rest of musicstep’s blogs right here.